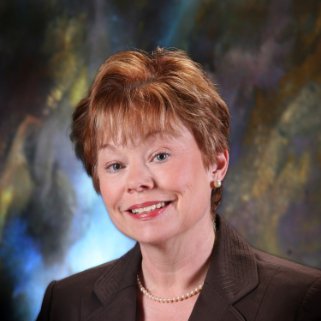 Dr. Moore embarked on her journey in the education field when she first stepped foot on the Southern Methodist University campus. Graduating with a Bachelor of Fine Arts in 1973, she went on to earn a Master of Counseling from Arizona State University in 1984, followed by a Ph.D. in dance studies from the University of Surrey in 1999. Over the course of her career, Dr. Moore has been a leader in developing curriculum, training materials, and programs in movement analysis. Since 1976, she has taught movement analysis in professional and academic programs in the U.S., England, Germany, the Netherlands, and Korea.

Dr. Moore has held several positions throughout the years, including lecturer and co-director for the professional training program movement analysis from 1976 to 1997. She also served as a lecturer and post-doctorate research fellow for the Department of Dance Studies at the University of Surrey, and an adjunct faculty member for the graduate Laban certification movement analysis program for Columbia College Chicago. She is currently the director of the Movescape Center, which provides a variety of introductory and advanced movement analysis courses, educational materials, and consultative services.

Dr. Moore has extensive experience as a writer and editor, and is the author of several books, including “Action Profiling: Movement Awareness for Better Management,” “Executives in Action: A Guide to Balanced Decision-making in Management,” “Movement and Making Decisions: The Body-Mind Connection in the Workplace,” “The Harmonic Structure of Movement, Music and Dance According to Rudolf Laban: An Examination of his Unpublished Writings and Drawings,” and “Meaning in Motion: Introducing Laban Movement Analysis.” She is also the co-author of “Beyond Words: Movement Observation and Analysis” and the second edition of “Beyond Words: Movement Observation and Analysis.” Further, she completed research regarding the theories of Rudolf Laban and their empirical applications to the study of human behavior.

Dr. Moore received the Research Award from the Ohio University College of Fine Arts in 2008, and the British Post Doctorate Fellowship from the Arts and Humanities Research Board from 2000 to 2002. She is a member of several professional organizations, including the Colorado Authors League, Motus Humanus, the Laban Guild, and the Society of Dance History Scholars. She has also been featured in the 67th, 68th, 69th and 70th editions of Who’s Who in America.