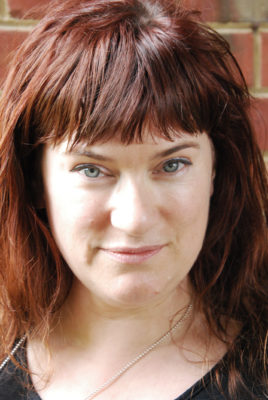 Teresa Izzard is a Laban/Bartenieff Certified Movement Analyst (LIMS ’07) and holds a PhD from Curtin University where she is a Theatre Arts lecturer. She is a somatic movement educator and theatre practitioner who specialises in movement direction, direction and dramaturgy. Teresa was the acting Head of Movement at the Western Australian Academy of Performing Arts in 2014. Alongside her work as a practitioner-academic she maintains an independent theatre practice. Her production of Charlotte Perkins Gilman’s The Yellow Wallpaper was performed in late 2011 at The Blue Room Theatre in Perth to popular and critical acclaim. The adaptation (with Silvia Lehmann) was nominated for an Equity Award for Best New Play in 2013. Frankenstein: Some Assembly Required is the inaugural production of Feet First Collective which she founded in late 2015. It was commissioned by The Moores Building Art Gallery as part of the 2016 Fremantle Festival and is an art exhibition by day and an immersive theatre experience by night. Teresa has trained with Anne Bogart’s SITI Company in Viewpoints, Suzuki and Composition. She is a proud member of the inaugural Australian Directors Lab and is currently training as a dramaturg with Playwriting Australia and The Blue Room Theatre. 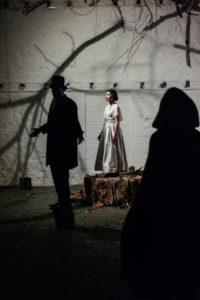