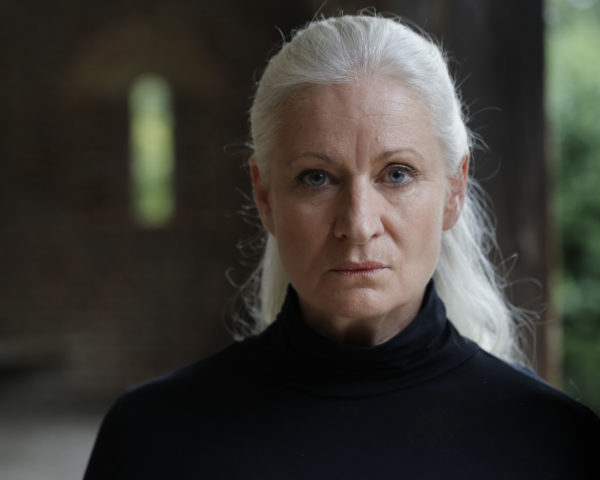 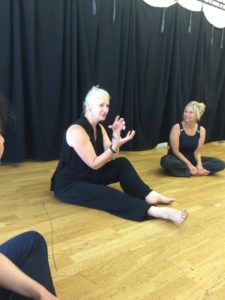 s been a Director and Choreographer since 1984.  Her work has included Shakespeare plays, Musical Theatre, Physical Theatre and, strangely, Radio.  She has also created her own work with her company Time4Change Theatre.  Directorial credits include;  The Story Tellers, Laundry, Air Swimming,  Man Equals Man, Merrily We Roll Along, Dames at Sea, Follow the Star, Godspell,  Lucky Stiff,  Seven Brides for Seven Brothers,  Best Little Whorehouse in Texas,  Jack the Ripper, Happy as a Sandbag, Guys and Dolls and  Silence: A Language.  Choreographic credits of note include; Romeo and Juliet, Vivat,Vivat Regina,  Pride and Prejudice,  A Christmas Carol,  and A Gala Concert for Hal Prince. She has also written, directed and choreographed three short musical plays, Hart to Hart, The Other Side of the Rainbow and The Mitfords.  Tracy’s interest and journey in Laban movement analysis started with Dr Valerie Preston-Dunlop at the Laban Centre where she completed her MA and was also fortunate to work alongside her on the research of the Chamber Dances with Ali Curtis-Jones. Later, she also worked with Jean Newlove with whom she travelled to Cuba.  Tracy ran the movement department at East 15 for ten years and previously the dance department at GSA.

As an actor Tracy has been performing for stage and screen since 1979. She has appeared nationally and internationally in plays, musicals, film and television and has also recorded music collections and voice overs, working for the renowned producer Gordon Lorenz.  Most notably, Tracy has appeared in the West End, as Lady Jaqueline Carston in Me and My Girl,  and also at the National Theatre in both the Olivier and Littleton theatres, plays included Guys and Dolls,  and Tom Stoppard’s Rough Crossing. She worked in repertory theatre for more than ten years playing many lead roles and also featured in a mini-series for RAI television in Italy. Shows also include the British Premier of Seven Brides for Seven Brothers. Recently she has appeared in music videos for Chapter and Verse, and Carnage and a new short film Wonderland for Chrome Productions. She has also been involved with an American TV series, Hometown Horrors. She has recently toured a new suffragists play When the Cats Away, and was in Hairspray playing Velma Von Tussle with Russell Grant as Edna. Tracy has just returned from the Minack Theatre playing Norma Desmond in Sunset Boulevard. Recent research and development work has included a new musical called Creed, which had a workshop performance at the Royal Academy of Music.  She was also movement advisor on this. 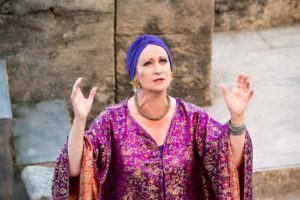 Next projects include various genres of writing.  Some around the development of character through movement analysis. This is something that she has been developing over her years of being involved with the training of actors. The embodiment of a character, through asking the body questions and not allowing the brain to answer is an acquired skill and one that really allows the intelligence of the body to reign supreme.  This is something about which she is passionate.

“I explore the physical presence of a character in a the space, linking Laban’s weight, space, time and flow in terms of the mental factor and how that impacts on the contradictions within the character. For example how does the mental factor of Decision impact on the characters place in society , is the character needed to response more quickly than is comfortable for them, or do they find life frustrating because their mental capacity is faster than the environment around them allows Or does their body hinder them from progressing as the brain would prefer, so are we mixing bound flow with sudden mental time.  The kinesphere has also always fascinated me in terms of how the body is carried in the space.  What size is it, what is its colour or composition? All of these types of questions have an amazing impact on the character and how that character moves in the space and relates to others”.

Due to the worldwide COVID 19 pandemic, all events are being reviewed and where possible will be in-person and streamed with remote access.

We aim to continue online events and courses as normal.

Keep moving during this difficult time! And do check back for new online offerings. UK Government guidance can be found here: https://www.gov.uk/coronavirus